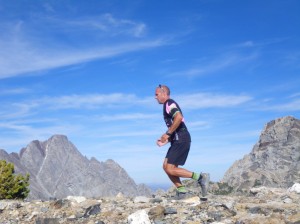 One of the featured speakers at our “Reinventing Running” event at the New York City Marathon is Eric Orton, the coach who first tempted me with the idea that it was possible to transform yourself from an injured, discouraged, busted-down ex-runner into an ultramarathoner in just 9 months. He did it then, and he’s done it again: Eric and I reunited to train for New York, and holy moly if I’m not feeling even better than I did before Caballo’s race.
If you want to know how he does it (because I’m not sure I can explain it myself), come ask the wizard in person on Nov 5.