What this isn’t:
A race, a tough guy contest, or a trial by fiery sidewalk (although it’s supposed to be pretty stinking hot on Wednesday).

What it is:
A fun run. That, plus a celebration that the dismal days of being afraid of running are coming to an end. Fast, light-footed running has nothing to do with gimmicky shoes, as even Nike elite coach Alberto Salazar agrees. Learn to trust the equipment you were born with, and rediscover what a blast running can be.

What it lacks:
Rules. Of any kind. Run as far as you want, as slow or fast as you feel like. Start with us at Marcus Garvey Park, catch us along the way, or set a collision course from Brooklyn and double-back when we meet. Wear whatever you like, above the ankles or below. The goal is to encourage natural running, not demand it. If you feel like wearing running shoes, be my guest. Chances are I’ll sling on something myself, maybe socks or Fivefingers, if it’s as scorching as the forecast predicts.

So why Marcus Garvey Park?
Because it’s right around the corner from the Clinton Foundation. Bill Clinton has more influence on human health now than he did as President, and it’s impossible not to applaud a guy who pulls off moves like this:

Two years ago, at Nelson Mandela’s 85th-birthday party—a 1,600-person extravaganza whose guest list included everyone from Bono to F. W. de Klerk—Clinton and Thabo Mbeki, the current president of South Africa, got up in the middle of the festivities, trailed by Magaziner. “They just . . . walked out,” recalls Richard Holbrooke, the former U.S. ambassador to the U.N. “And went into a private room.” They returned half an hour later. It was after that meeting that Mbeki, famously reluctant to even acknowledge that HIV caused AIDS, agreed to allow the Clinton Foundation to assist his government in preparing an AIDS-treatment plan. (It was adopted by the Cabinet the following November).

I was also struck by the answer Clinton gave recently when asked what he’d still like to accomplish before he dies. Summit Kilimanjaro, he said, see my grandkids and run a marathon. And there you have it, three of humankind’s healthiest instincts and the ones that constantly appear in tales of heroism and virtue: Live long. Climb high. And run far.
So when we set off on Wednesday afternoon, we’ll loop by Clinton headquarters to not only salute his achievements for others, but encourage him to get running and notch one for himself. 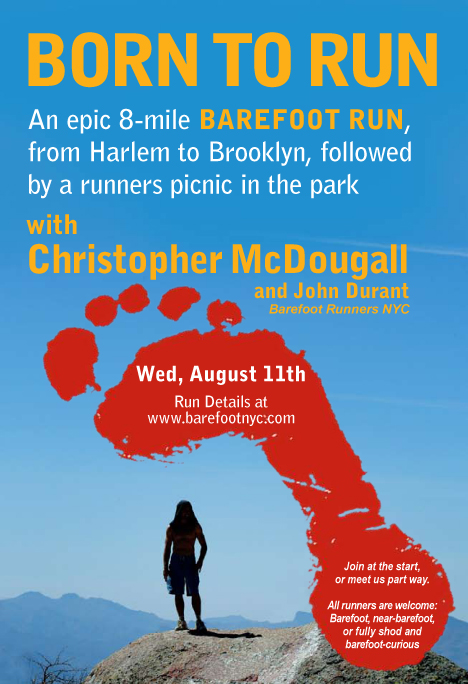