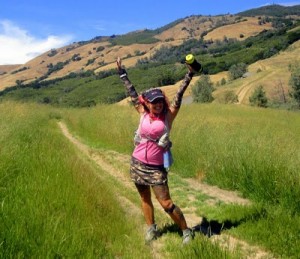 What if every runner had as much fun as Catra Corbett always does?

TEDx, the worldwide conference series devoted to “ideas worth spreading”, invited me to speak at the Washington, DC event on Sunday, July 11.

It’s at the Newseum, and limited general admission tickets are available. While it’s been hard recently to avoid talking about running shoes, I’m not planning to focus on feet. Instead, I’m more interested in drilling down into transferable skills of the Tarahumara, looking at realistic ways we can adopt the best traits of the Running People.

Because think about it: what if running was no longer considered painful and dangerous? What if all the fear that’s been used to market running shoes disappeared? Millions of people who’ve been injured in the past could shake their butts again, and millions more who’ve been turned off by scare stories of ruined knees and aching feet could give it a try. Maybe it won’t end violence, greed and obesity… but it’s got to bring us a little closer.

ps: Anything worth knowing about the joy of running, Catra “Dirt Diva” Corbett discovered long ago. Don’t check out her blog unless you’ve got hours to kill — she’s been through the rock tumbler, and writes about her life so honestly and beautifully that you won’t tear yourself away until you’re read back for at least two year’s worth of post. Plus, she’s Rembrandt with that iPhone, or whatever she’s using for those shots. No one ever made a 3,000-foot ascent seem like such a party. 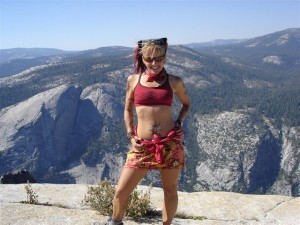